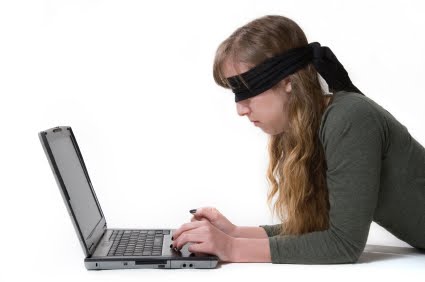 Sarah researching vaccination on the internet

When you create a blog on WordPress you get site stats that tell you various things about who’s looking at your blog.  This blog is new enough that each little bit of information is of interest to me.  One of those bits of information is where referrals come from.  So far today the site stats say that there have been 4 referrals from Facebook.  That makes sense because I announced a couple of my posts on Facebook so friends have been dropping by to have a look.  There is only one other referree, The Healthy Home Economist.  That seems mysterious to me.  Why the hell would a site like that be referring anyone to me?

Of course I needed to investigate. What I found was an article entitled “Six Reasons to Say NO to Vaccination”.  It was written by Sarah, the Heathy Home Economist, in 2010.  Obviously it’s an anti-vaccine screed.  It’s followed by page after page after page of comments.  Way too many to read.  At the very end, after all the comments, there is a place that says “Trackbacks”, and the last link of five is to my post about having an open mind.  While I have no idea how it happens, the fact that I used the same image at the start of my post as she used at the start of hers must have resulted in my link appearing at the end of her post.  Remarkably someone got to the end and clicked on my link.  I don’t intend to provide a link back to her site, as her screed is pretty horrible, intellectually dishonest, ignorant and dangerous. If you want to find it you’ll have no trouble, but I don’t want to be a facilitator.

She does what she does under the guise of being a “good mum”.  Which would be sad if it weren’t so damaging.

What are her six reasons?

#2:   ALL Vaccines are Loaded with Chemicals and other Poisons

#3:   Fully Vaccinated Children are the Unhealthiest, Most Chronically Ill Children I Know

#4:   Other Countries Are Waking Up to the Dangers of Vaccines

#5:   A Number of Vaccines Have Already Had Problems/Been Removed from the Market

#6   You Can Always Get Vaccinated, But You Can Never Undo a Vaccination

UNICEF estimates that 9 million lives are saved by vaccination each year (see here). Sites like the Healthy Home Economist piss me off.  Sarah doesn’t know what she’s talking about but she is still going out of her way to do damage.  I know that most people get vaccinated and that this sort of thinking represents a fairly small minority, but the damage can still be substantial.  If the vaccinated percentage of the population gets too small, herd immunity can break down and diseases can spread.  This is happening in Australia with pertussis (whooping cough) and overseas with measles right now in poorly vaccinated populations.  You only need to talk a relatively small number of parents into not vaccinating to create a situation that is not only dangerous for their kids, but everyone else in the community.

There are a great many anti-vaccine crazies on the net.  The Healthy Home Economist is hardly the worst.  But it is the one that pissed me off tonight, so it has become tonights topic.

This isn’t the end of it.  But this is my screed for now.